COVID-19: Find out how we're doing everything we can to keep our wonderful customers and staff safe.

History of the chaise longue 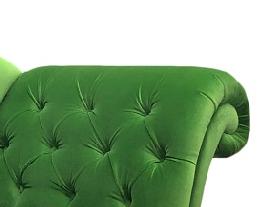 What is a Chaise Longue?

A chaise longue is an upholstered chair on which you can lay back and recline allowing you to put your feet up. Unlike a daybed, which is manufactured to be used as both a sofa-like seat and a bed, a chaise longue is not designed for sleeping but for lounging.

The Merriam-Webster English dictionary describes a chaise longue as “a long reclining chair”.

The Cambridge Dictionary describes one as “a long, low seat, with an arm at one side and usually a low back along half of its length, that a person can stretch out his or her legs on”

Where does the word Chaise Longue come from?

More recently the chaise longue has become known by, and mispronounced as chaise lounge in most English-speaking countries. A combination of “chair” in French and the verb “lounge” in English, became “chaise lounge”.  Due to constant incorrect spelling either pronunciations are accepted as being correct.

The Chaise Longue in Ancient Egypt

From excavations of ancient Egyptian tombs, archaeologists believe the long chairs found there are the earliest historical examples of the chaise longue, dating back to around 3000BC. For the affluent, the frame would be constructed in wood and inlaid in either ivory or ebony veneer.

The Chaise Longue in Ancient Greece

In the 8th Century BC the Ancient Greeks were known to have made chaises called kline or klinai.  These would have been made from either metal or wood, be covered in layers of fabric and have cushions against the arm for comfort.

The Chaise Longue during the Roman Empire

Just like the Greeks, the Romans loved a chaise longue to lay on and socialise. A Roman chaise longue was known as a lectus and was actually used for both sitting and sleeping on. As the Romans, however, hadn’t mastered upholstery the lectus would be carved in wood and draped with fabric and cushions for comfort.

The modern chaise longue that we are more commonly accustomed to was first popularised during the 16th Century in France. They were specifically designed by French furniture craftsmen for the rich to lounge and rest, without the need to retire to the bedroom. It was during the Rococo period (late 17th to early 18th Century), that the chaise longue became a symbol of social status and only the rarest and most expensive materials where used in their construction.

Today, the chaise longue is seen as a luxury item for the modern home. They are often used to complement a home’s décor such as living or reading rooms, or as a stylish boudoir chair for bedroom seating and somewhere to sit while putting your shoes on.

Click here to view our range of chaise longues.

Select each element to make up your bespoke enquiry